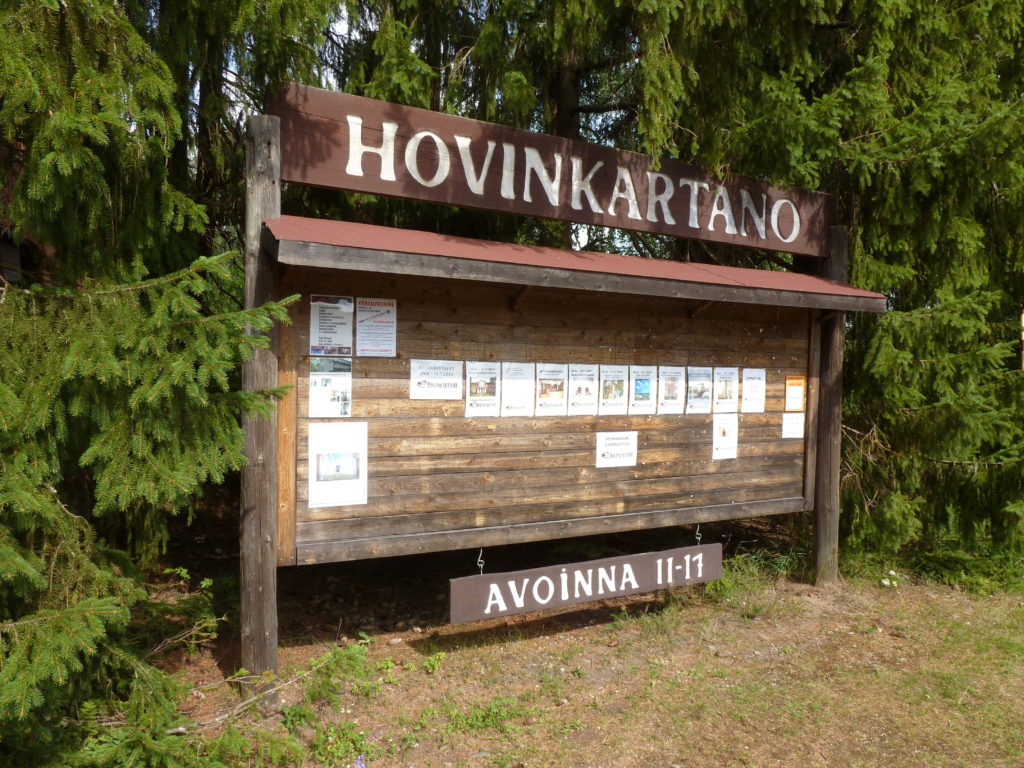 My activities at Hovinkartano happened during the last 3 weeks of this year’s summer exhibition which started at June 29th and ended July 31st.

During the three weeks I was there some 450 guests were welcomed at the mansion and visited the exhibition while 107 of them came also to the former dairy building; the place of my studio.

This building is somewhat remote located from the other buildings and I guess that after having been in the main exhibition locations not all visitors made it to come over to my ‘den’.

Anyway, the visitors who made it were in general very positive, had limited experience with textile arts and were surprisingly attracted by the mixed media works I presented.

They were generally very well educated people, many of them coming originally from the Häme area, now living in Helsinki or abroad and having summercottages in the area of Hauho but I had also visitors from Italy, Israel, Sweden, St Peterburg, Estonia and other countries.

Besides talking about textile arts and the by me presented artworks the visitors often spontaneous started telling me about their relationship with the Häme county, the history of their family, the reason why they were (re) visiting the area and about their own life.

There was this one young woman from Sweden who came with her boyfriend to visit the cottage which was built by her grandfather on a remote island after returning from the horror experiences in the Second World War.

With most of them I could communicate in English or German very well but with four out of the total of hundred and seven I was not able to talk at all and that felt really very odd.

At leaving ‘my studio’ the guests could write me a message in my visitors book and when I browse through it I see besides all the names also remarks like “magnificent experience”, “thanks for the very nice and interesting discussion”, “very nice works” and more of these encouraging statements.