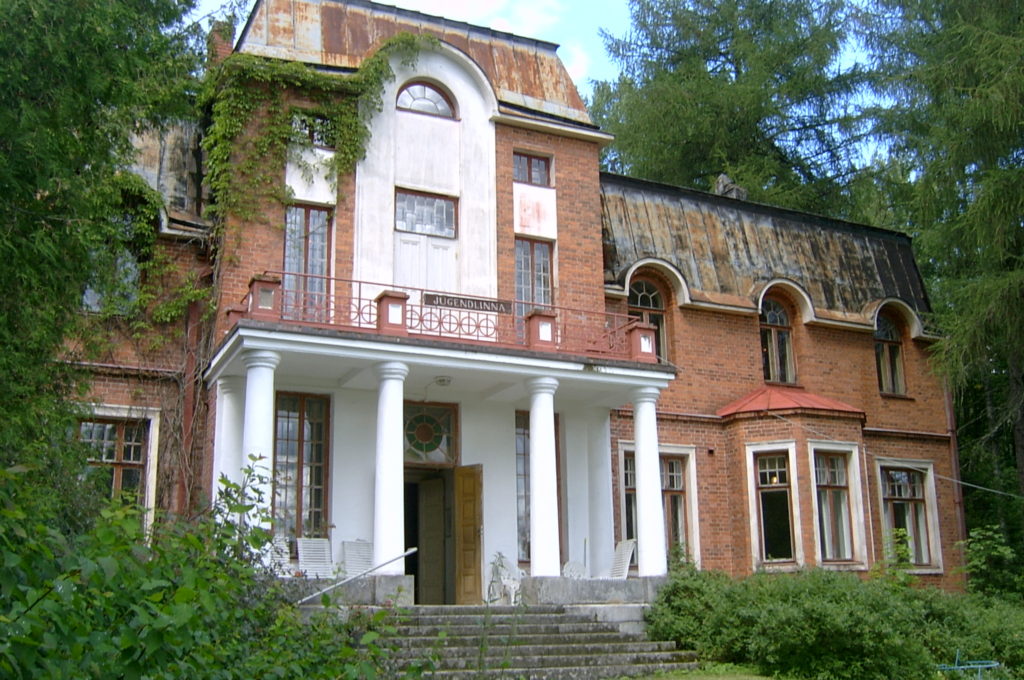 In the prehistoric period was the area of this manor a pagan sacrificial grove.

Around the 1300’s Christianity came to this area and it became ruled by the Swedish crown. First documents mentioning the Hovi Manor (Hofgård) region were found in The Swedish royal archives from the 14th century.

During the 15th and 16th century mergers of areas and spaces created the basis for the formation of larger pieces of land. In 1539 the first certificates for the ownership of land were being issued.

During the noble period (1600 – 1800) ownership of the manor was with the Godenhjelm-, Gripenberg-, Leopold-, Engström- and Furuhjelm-families, reporting to the Kingdom of Sweden. The Hovinkartano area was founded in 1786.

During 1830 is the empire style main building completed, it has been inhabited ever since, and its appearance and the Interior have been preserved almost completely original.

The period 1890-1910 was spent on strong refurbishment of existing facilities and the expansion of buildings; a brick factory, a dairy, a mill, still in use livestock buildings and a granary, a total of 27 buildings.

The dairy brick building which is nowadays in use as the artist’s studio (‘Ateljee’) dates back to 1902, and is painted in red ocher.

In 1914 a brick art nouveau castle (nowadays Art Hovi), designed by Brothers Construction Office, was build. The castle formed judge Jansson’s silver wedding anniversary gift to his wife and it was considered to be a banquet and guest space and it has never been inhabited permanently.

The current owners inherited the manor in 1984 while Art Hovi was founded 1988. Since 2006, the Hovi Manor serves also as artist-in residence center during the summer season.